Review: Short and Sweet - Week 1 at the Tom Mann Theatre

I had the privilege and pleasure of attending week 1 of the Sydney 2020 Short and Sweet festival.

If you like your theatre raw and developing, sharp and fresh, moving, entertaining funny or thought provoking, in fact, if you like you theatre any way at all, do yourself a favour and get to the Tom Mann theatre at Surry hills some time over the next 8 weeks. Go more than once. There’s much to like. There’s no time to waste in a ten minute play, so it’ll be over before your attention gets a chance to wander. Some will stay with you much longer, provoked to linger in precious wonder. At the end of the night you get to vote for your two favourite plays to send them to the finals. And you never know who you’ll be able to say you saw, way back when.

Who doesn’t want to say how they really feel about their boss, their workmates, their job? Who wouldn’t shout it all out given the protection of anonymity? That’s exactly what Miss Jones does but the anonymous staff survey doesn’t turn out to be as anonymous as she’d hoped and Miss Fletcher has a few questions. Witty and satisfying in a very wrong voyeuristic kind of way, Angela Gibson and Mellisa Myles work comfortably together stepping though some well executed and clever role reversals, for some delightful moments of letting it all hang out..

Three Fathers discuss fatherhood. I’m still caught where this play changed, I could feel it creeping up, kind of becoming aware of it before it happened, hoping I’d got it wrong. I hadn’t. Brilliant, haunting, moving. Powerful performances by Chris Price, Clayton Moss, and Danny Barton, as Dads 1, 2 and 3. Costumes, dialogue, attitudes and mannerisms take these three distinctly different fathers through their own journeys to the same terrible place.

Ah Tinder, I’m not sure if this is what Nikola Tesla had in mind when he envisioned instantaneous worldwide communications. Lucas Boyer as Ethan and Nicole Tabuena as Addy keep us laughing and cringing through bad pick up lines, the general foibles of digital communication and dick pics. Snappy and entertaining, hope is restored when inevitably, sometimes in spite of our best efforts, connections are made.

Into the Wind, written and directed by Lisa Kelaher / backstage pass productions.

Beautifully courageous and poetic. If deep insight into human journeys is a gift, making it work on stage is a talent. Exceptional casting and costumes allow Lola Bond as young Julie and Liz Hovey as older Julie to take us with them as they seamlessly explore this women’s journey in a refreshing original but timeless way. Visionary. Exceptional.

Theo (Jamie Treselyan) just wants to treat his broken arm but the doctors in this hospital see more important issues. Bearing, manner and accent denote their different approaches. Nietzsche is a confused dishevelled mess, Schopenhauer sever and imposing, James is pernickety in braces and Freud commands in stature and cut. Though titillating and clever I was given some pause at the veracity of Nietzsche being depicted as a Jew hating nazi. Dani Lavorenti outshone all as the receptionist. Evocative, provocative, mad, timid and sullen in a barely fitting nurses uniform she strides berates and cackles through a strong cast weaving them tightly together and leaving them wondering what just happened.

If beaming smiles give anything away Katy Rachel Moore enjoyed breathing life into Lucy who returns home to flatmate Jen after a less than perfect date. Amy Hofman as Jen doesn’t experience quite as much exuberance as she agonisingly pries for details yet manages to keep the chatty dance bouncing along until finally we discover the height of Lucys Flaws. Perfect example of simple effective sets with throw cushions and a coffee table creating a chic apartment.

Lenny, you slay me, written and music by Gordon Kalton Williams / directed by Weimar Palms.

Tayman Jamae as Chuck, the young American with designs for composer Lennys wife looks like he has just stepped out of or is just about to step into Broadway, and this is before the singing. Perfect accent, smile and movement allows the perfect contrast against Lennys wife Gretel who’s sharp german accent and manner is aptly beguiling. Holly Matheson gives Gretel plenty of sass and class as she follows her fancy between the two men. Husband Lenny clues on and Gordon Williams is convincing as an older husband commanding his wife to make a decisive choice. The music is a great touch, a simple set fills a vast auditorium with stirring piano.

Jeremy Lowrencev embodies angsty awkward teen Milton as he struggles to find his voice and words for a difficult conversation with Sarah. Sarah cajoles, comforts and inspires with Cathy Friend ranging deep compassion, playful banter and serious contemplation. Complex and difficult issues tackled warmly and lightly with sensitive and due consideration.

Very good all round play to finish the night. The set has us in Denis and Maureens’ kitchen which is cosy and homely. Except for the body Denis has just removed and the blood Maureen is cleaning. Graham Yates and Di Mifsud work beautifully together, a comfortable understanding exists between them as they exude all the security of many years shared together – and several murders. Delightful and considerate they charmingly convince us of their worthy plight. Alas Craig Bulmer turns up in Detective Baxter, looking and sounding every bit the enquiring cop, but his suspicions are soon allayed with disarming smiles and a good cup of tea. 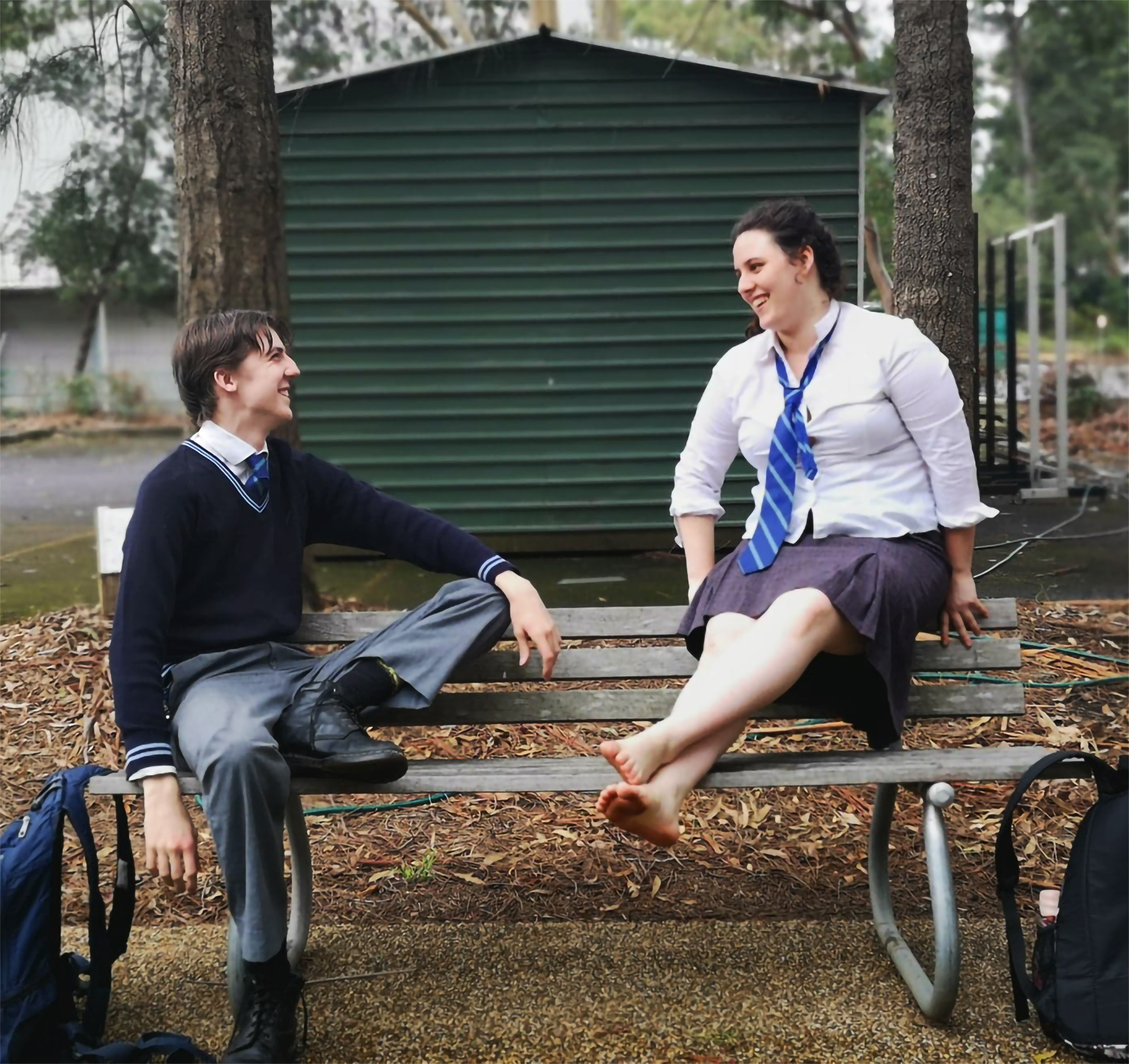 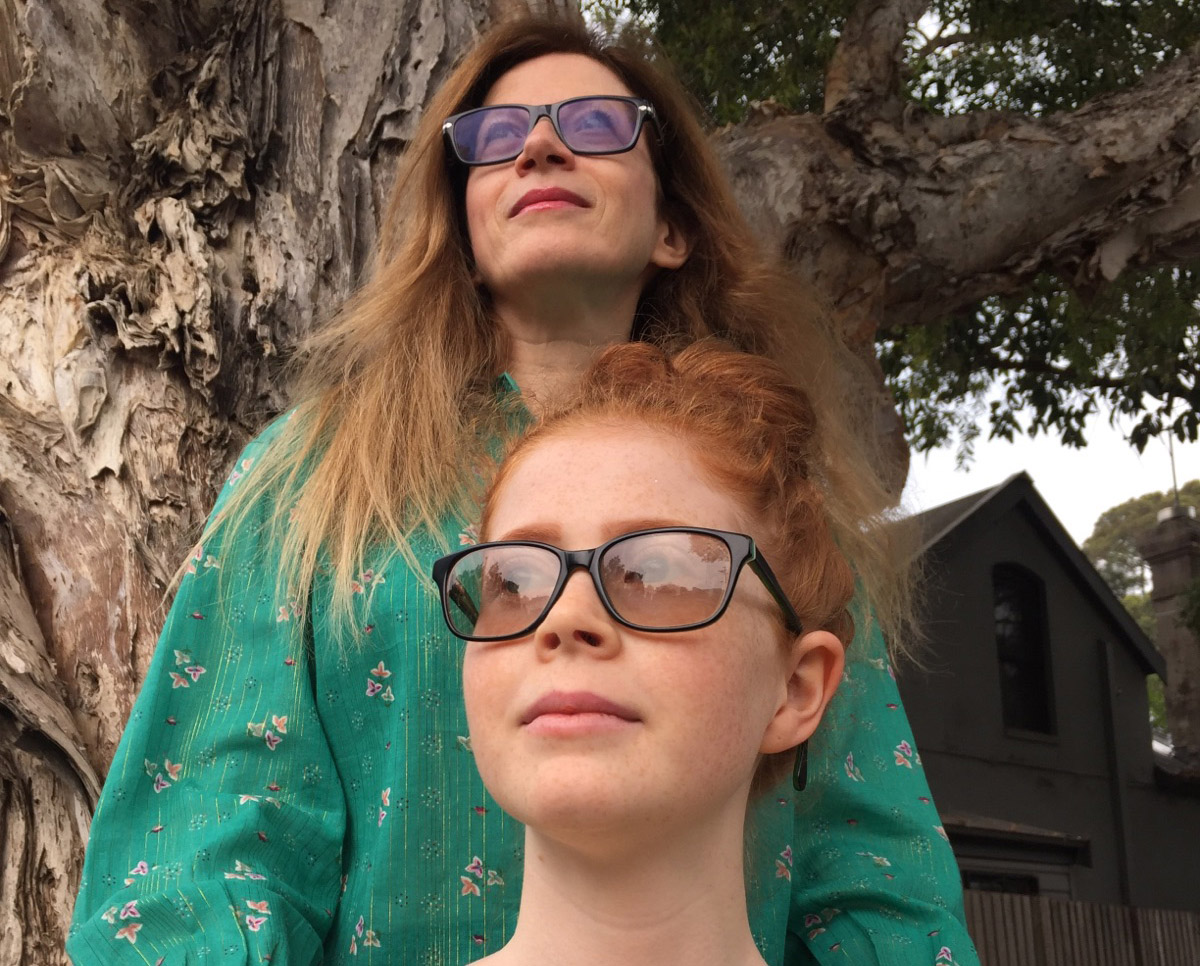 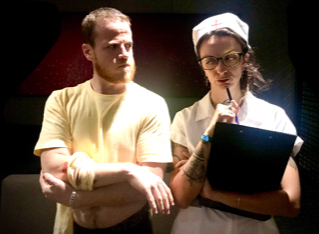 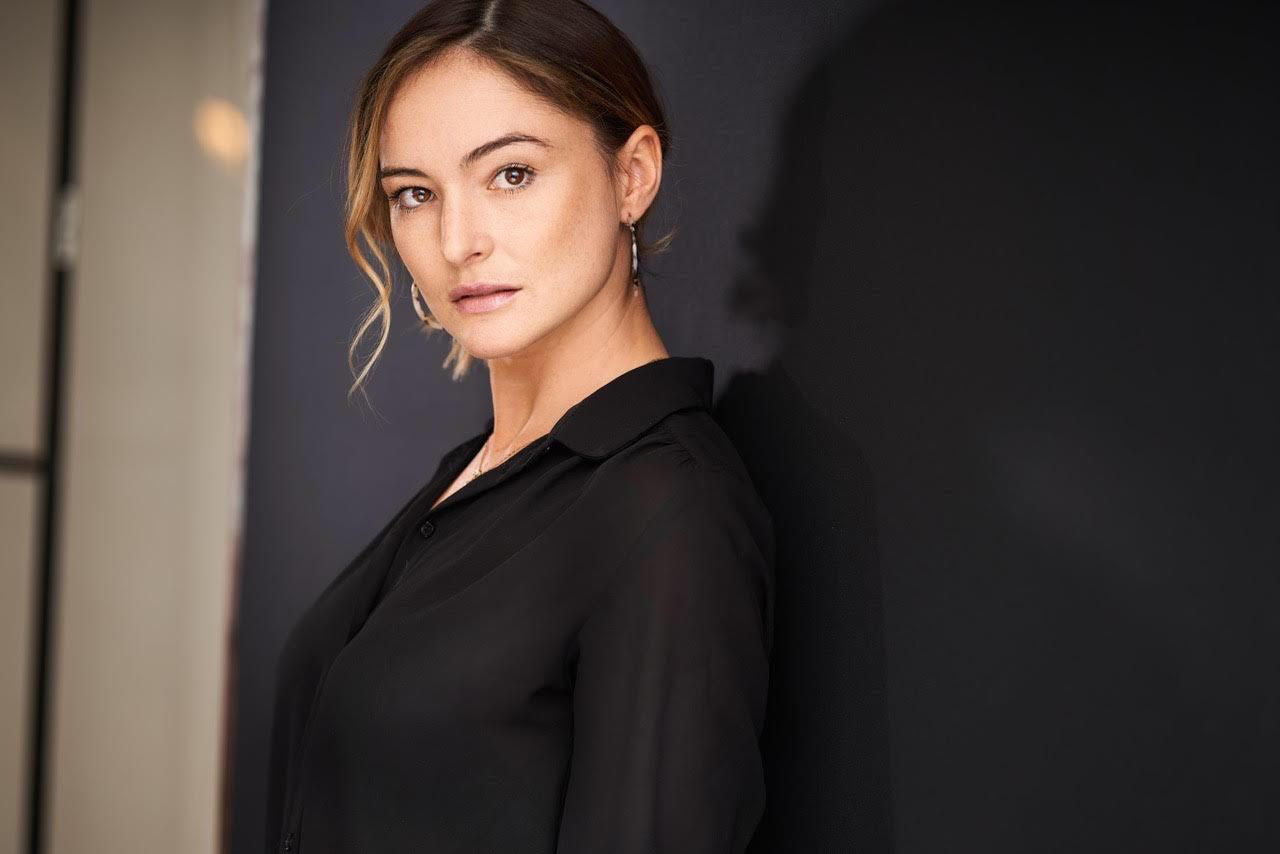 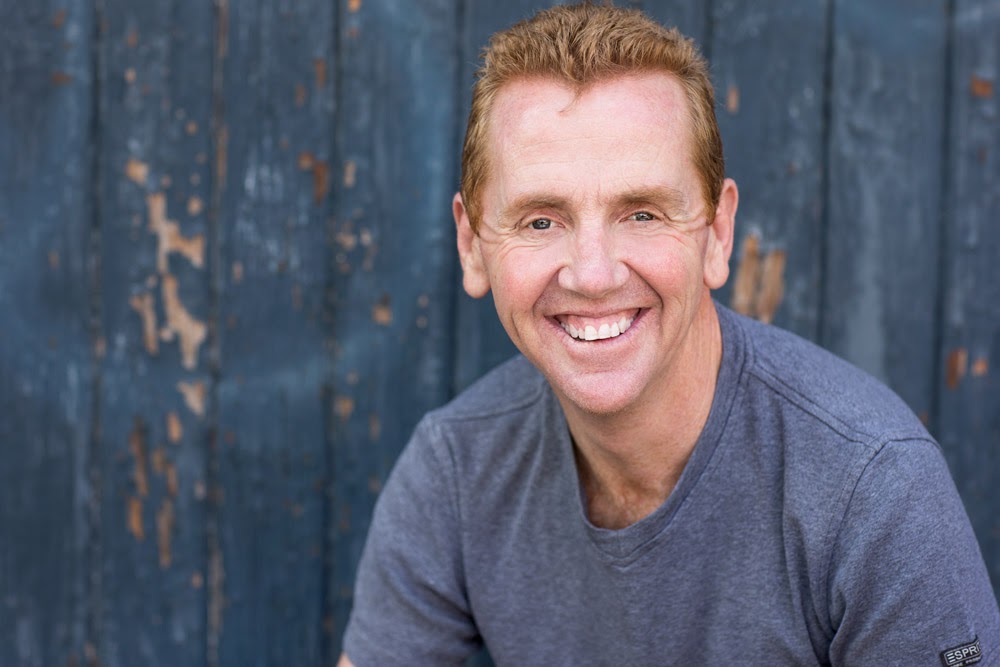 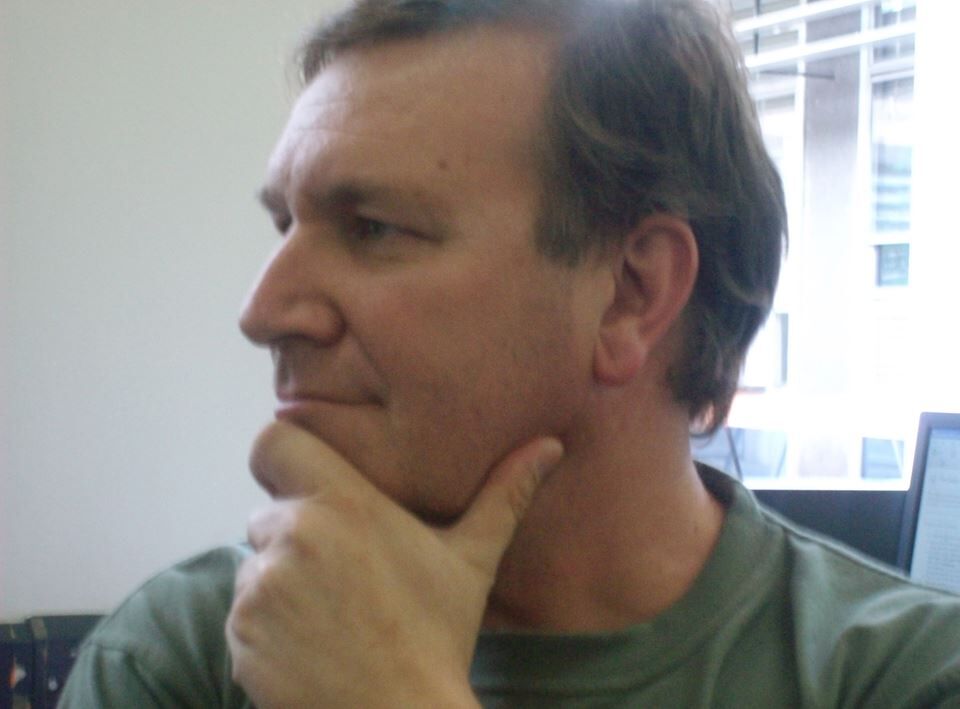 All opinions and thoughts expressed within reviews on Theatre Travels are those of the writer and not of the company at large.